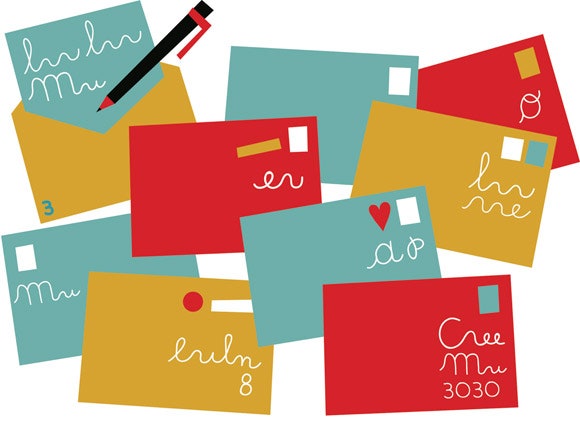 Salutations and valedictions, the opening and closing comments of a letter (or other correspondence), are particular signals for formality in writing. There is a wide range of choices for opening and closing correspondence, often used in matching pairs. Historically, with letter-writing, these were used in specific circumstances, but in modern usage, as email has encouraged more casual writing, these conventions have become more casual, too.

Salutations are typically a word or phrase followed by a name. A common salutation is Dear …, though in informal or impersonal use, To …, is sometimes used. In email and other electronic correspondence, it has become acceptable to open messages with various other greetings, as with spoken English, the most common being Hello and, less formally, Hi.

The abbreviated honorific may be followed by a period (Mr., Mrs., Dr.) in US English, but the full stop is typically left out in modern British English. Choosing the correct honorific is important to show the correct level of respect. Typically, people go by their highest level of title (e.g. a professor would not be addressed as Dr or Mr).

Honorifics are historically gendered in English, which can be controversial: Mrs refers to a married woman and Miss refers to a young or unmarried woman. To avoid this labelling, the neutral Ms is used, and a gender-neutral alternative is also possible, Mx. In very formal English, Mesdames may be used to address a collective group of women, and Messieurs (or its abbreviation, Messrs) to address a group of men.

The honorific may be written in full, though this is usually only done for professional titles and dignitaries (e.g. Professor Smith, Madam President). Writing a professional title in full is another way to add formality.

A salutation may be followed by a first name, instead of the surname, which is generally more casual and informal. Honorifics are not typically used with a first name (though they may be, with professional titles):

Full names are rarely written in a salutation. Sometimes, however, the salutation is dropped, in particularly formal greetings (sounding very direct):

Or in particularly informal greetings (sounding brief and friendly):

If you don’t know the name of the person you are addressing, it is typical to write Sir or Madam instead of a name (used together if you don’t know the recipient’s gender). To Whom it May Concern may also be used to start a letter where the name is not known (but can be too formal), with the implication that it may be passed on to the most relevant contact.

Valedictions, or complimentary closes, are more flexible and numerous than salutations, particularly in casual correspondence. Most commonly, and formally, letters end with Yours sincerely, (if you know the recipient’s name) or Yours faithfully, (if you do not know the recipient’s name). A wide variety of alternatives are available, however, with various degrees of formality:

Other variations include more informal abbreviated versions, such as Yours, or Best, which show a high degree of familiarity. Other adjectives may also be used (with or without Yours …), expressing particular emotions, such as hopefully or lovingly. There are many more alternatives that may be entirely unique to the writer.

For the purposes of formal writing, be aware that standard salutations and valedictions will be expected. Writing with less formal and alternative variations is a matter of style, however, and such phrases can be adopted and adapted depending on what you are writing.

All authors must admit to a dependence on the work of others. We are no exception. We owe a huge debt of gratitude to all the publications and reference sources that we have consulted and adapted for educational purposes. It would also have been quite impossible to have produced the material on this website without adapting a variety of authentic resources that we have regularly referred to. While every effort has been made, it has not always been possible to identify and cite the sources of all the material used or to trace all copyright holders. We will be happy to omit any contents or include any appropriate acknowledgements when they are brought to our notice.